Aditya is developing machine learning methods for predicting the classification of various crystallographic properties. He mostly works with Python 3 and associated ML and DL libraries.

In his spare time he enjoys baking and hiking. His go to space group is Fmmm and his favourite intermolecular interaction is pi-pi stacking – classic.

Andre is studying property prediction of materials with a focus on method development and relevant and information rich molecular representations.

Max is investigating the link between several solid-state properties of materials and their constituent molecules using machine learning. He will use a database of thermodynamic properties and compare his predictions to existing models and approaches.

Hydrogen bonding with fluoride is a key interaction encountered when analyzing the mode of action of 5′-ŌĆŗfluoro-ŌĆŗ5′-ŌĆŗdeoxyadenosine synthase, the only known enzyme capable of catalyzing the formation of a C-ŌĆŗF bond from F–ŌĆŗ. Further understanding of the effect of hydrogen bonding on the structure and reactivity of complexed fluoride is therefore important for catalysis and numerous other applications, such as anion supramol. chem. Herein we disclose a detailed study examg. the structure of 18 novel urea-ŌĆŗfluoride complexes in the solid state, by X-ŌĆŗray and neutron diffraction, and in soln. phase and explore the reactivity of these complexes as a fluoride source in SN2 chem. Exptl. data show that the structure, coordination strength, and reactivity of the urea-ŌĆŗfluoride complexes are tunable by modifying substituents on the urea receptor. Hammett anal. of aryl groups on the urea indicates that fluoride binding is dependent on Žāp and Žām parameters with stronger binding being obsd. for electron-ŌĆŗdeficient urea ligands. For the first time, defined urea-ŌĆŗfluoride complexes are used as fluoride-ŌĆŗbinding reagents for the nucleophilic substitution of a model alkyl bromide. The reaction is slower in comparison with known alc.-ŌĆŗfluoride complexes, but SN2 is largely favored over E2, at a ratio surpassing all hydrogen-ŌĆŗbonded complexes documented in the literature for the model alkyl bromide employed. Increased second-ŌĆŗorder rate consts. at higher diln. support the hypothesis that the reactive species is a 1:1 urea-ŌĆŗfluoride complex of type [UF]–ŌĆŗ (U = urea) resulting from partial dissocn. of the parent compd. [U2F]ŌĆŗ–ŌĆŗ. The dissocn. processes can be quantified through a combination of UV and NMR assays, including DOSY and HOESY analyses that illuminate the complexation state and H-ŌĆŗbonding in soln.

The nucleophilic reactivity of fluoride ion is altered in the presence of hydrogen-bond donors, including alcohols. Relatively little is known about the coordination involved; to rectify this, the X-ray structures of fourteen novel fluorideŌĆōalcohol complexes with tetrabutylammonium as the counterion have been determined. The coordination number varies from two to four depending on the steric bulk of the alcohol and is closely linked to trends in reactivity. This diversity in coordination stoichiometry is unprecedented but significant, as it implies differences in the ability of the fluoride-alcohol complexes to dissociate in solution with release of a more active and/or selective fluoride source.

Machine learning algorithms can be used to create models which separate molecular materials which will form good-quality crystals from those that will not, and predict how synthetic modifications will change the crystallinity.

Chemistry World Article: Will It Crystallise

Cubic Cd(CN)2 shows the strongest known isotropic negative thermal expansion (NTE; volume contraction on heating).┬Ā Variable-temperature single-crystal XŌĆæray diffraction suggests there is temperature-dependent off-centering of Cd2+ ions that has the effect of increasing the cadmium coordination volume at low temperatures, providing an alternate mechanism for NTE in this material. These displacements are evident in the residual electron density and the highly-structured diffuse scattering in the experimental X-ray diffraction patterns.┬Ā Using Monte Carlo simulations, we have interpreted these patterns in terms of a basic set of ŌĆ£ice-rulesŌĆØ that establish a mapping between the dynamics of Cd(CN)2and proton ordering in cubic ice VII. 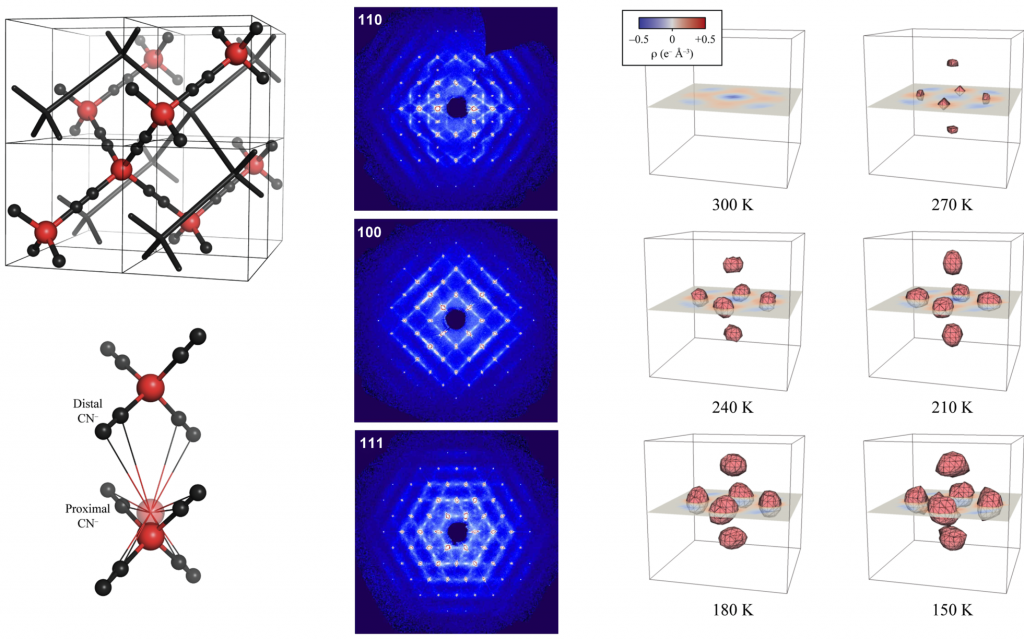 Structure of the Month ŌĆō November 2012

George is working on a collaborative project with Prof. V├®ronique Gouverneur’s Research Group to study the effect of hydrogen bonding on the nucleophilicity and basicity of tetra alkyl ammononium fluoride complexes.┬Ā When heŌĆÖs not praying for his products to crystallise, George spends his time running the Oxford University Darts Club and playing the trombone for the Oxford University jazz orchestra. 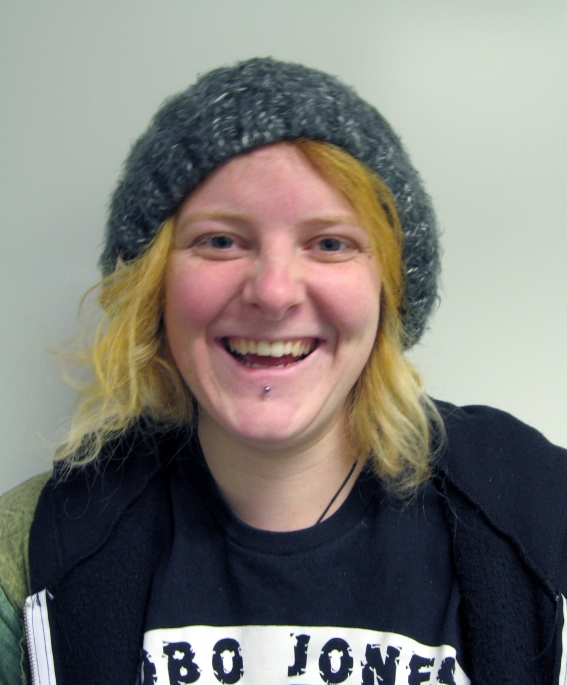 Nia’s Part II project is focused on the preparation and systematic study of thiosemicarbazone complexes by single crystal X-ray diffraction. When not in the lab she may be found listening to music at live venues, or perhaps sampling some of Oxford’s fine real ales.